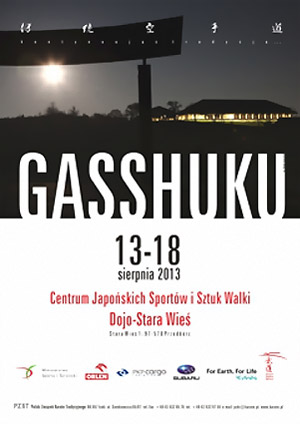 Summer Gasshuku 2013 took place at the very special moment in the history of Traditional Karate. By the decision of the ITKF Extraordinary General Meeting which was held on August 17, 2013 at the Japanese Martial Arts and Sports Centre ‘Dojo – Stara Wies’, the ITKF headquarters will be moved to Geneva (Switzerland). The reorganized ITKF will be a non-governmental international organization (NGO) which will promote the Traditional Karate following the decision of the 101st Session of the International Olympic Committee and in accordance with the “ITKF Competition Rules”. The ITKF will be a common platform organization for many schools and styles of Traditional Karate which are practiced worldwide.